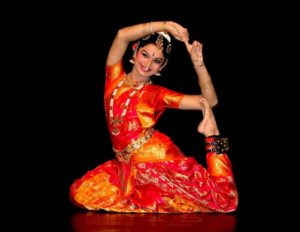 Classical dance is an Indian dance form. It is a very famous form of dance and people are gaining interest in this. Other countries have started this form of dance to support the concept Indians have regarding this particular form of dance. However, classical dance is a traditional dance which enlightening the feelings, emotions or sentiments through dance drama, poetry or song. This form is portrayed by dignity, poise and precision of movement. Classical dance is elaborated by various formal gestures, steps, and poses.

Classical dance requires a lot of grace and your posture has to be perfect. In classical dance, every movement done should flow elegantly when executed. It is really hard and requires a lot of training and practice to become master in this dance form. Dancers usually perform classical when doing solos or when portraying a story. Classical dances can only be performed by trained dancers who know each and every technique of it and who have studied their form for many years. Classical dances have very particular meanings for its every step which is known as “Mudras”.

In India, we have thousands of year old tradition of fine arts and classical music and dances. All these classical dance forms use basically the same ‘mudras’ or signs of hand as a common language of expression. Before, it was originally perform in the temples to entertain various Gods and Goddesses. They are also effective in carrying forward the various mythological stories from generation to generation while entertaining the audiences.

Do you want to know about NIOS Admission?

Some of the world-famous classical dance forms that originated and evolved in India are Bharatnatyam, Kathak, Kathakali, Kuchipudi, Manipuri and Odissi.